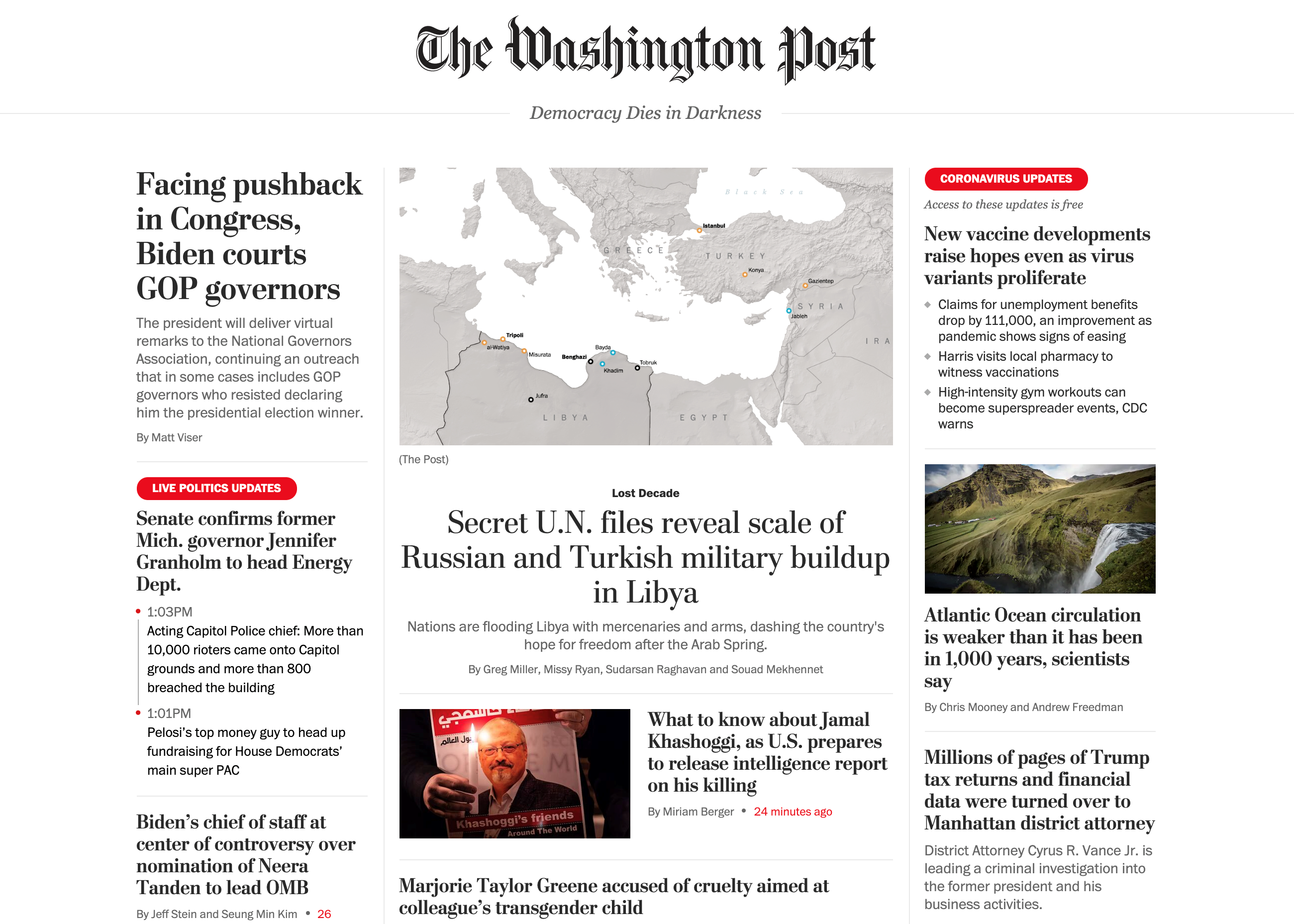 This story was part of a series revisiting the impact of the Arab Spring a decade later. I worked with investigative reporters to trace suspicious Turkish and Russian flights delivering troops and weapons into Libya. It was an incredible opportunity to work on a big Washington Post investigative story, and to design for an interactive scrolling layout. I even got to contribute some reporting when locating origin and destination airstrips for the flights, and getting tracking data for a cargo plane coming from Russia. You can see the full story here.

The flight paths were visualized using D3 in an Observable notebook, and then brought into Adobe Illustrator for final styling. I then took those vector files into Adobe After Effects for the main map animation.